Games With Many Cosplayers 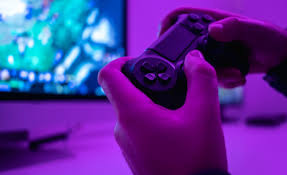 Cosplayers are a big part of a lot of gaming communities. They help bring variety into the gaming world. They’re almost everywhere on the internet. You could even find them right here on Gank as well. They show their love and appreciation for their favorite characters through their representations of them. They’re one of the most dedicated and most passionate types of fans. A lot of big time games have a big cosplay community, with games that have an anime aesthetic having the biggest ones.

MOBA games are pretty big nowadays. There’s a few that are well-known but there are probably more that you may have never even heard of. Nevertheless, MOBA games have one of the biggest cosplay communities out there because of its usual art styles. Just look at how many League of Legends fans who cosplay as Ezreal there are out there. Jinx is also one of the most popular League of Legends champions there are.

Mobile Legends is one of the fastest rising games out there. Came out back in 2016 and is now one of the most competitive games on mobile. It’s a lot simpler than League of Legends but the unique look of each hero in the game is one of the best parts about it. You’ll find a lot of gamers cosplay as their favorite heroes like Kagura, Alucard, Layla, and many more.

Games like Tekken and Mortal Kombat aren’t exactly games that have an anime-esque design. But the reason why these games have lots of cosplayers is because of the badass designs of the characters. You’ll find a lot of cosplayers going to conventions playing as Kazuya Mishima, Scorpion, King, Sub Zero, and more. You’ll even be surprised how well some cosplayers do their King cosplay.

Of course, role-playing games also have large amounts of cosplayers. You’ve got role-playing games that have the anime type look like Code Vein. It’s a very critical game with a split fan base but it is an amazing looking game that’s worth a try.

Genshin Impact is also one of the fastest rising role-playing games out there. It came out back in 2020 but it already has a fan base that rivals that of other role-playing games that have been out for years. The cosplays you’d find of characters from the game are astonishing. You’d think that the characters themselves came to life.

Even classic role-playing games are also filled with magnificent cosplayers. Dark Souls is probably the most recognizable video game franchise. Despite not having bright and colorful characters with unique designs, its atmosphere and theme still captured the hearts of millions of gamers out there. You’ll see many cosplayers playing as Solaire, Knight of Astora and gloriously praise the sun. Some also cosplay as a certain fan favorite onion looking armor wearing character, Siegward of Catarina. You could expect more cosplayers of FROMSOFTWARE games once their long awaited game, Elden Ring, finally releases.

There’s a lot more other games out there that have lots of cosplayers, but these types of games possess the most amount of them. If you’re looking to find a game to play with the person you hired on Gank, these games are definitely worth a look.