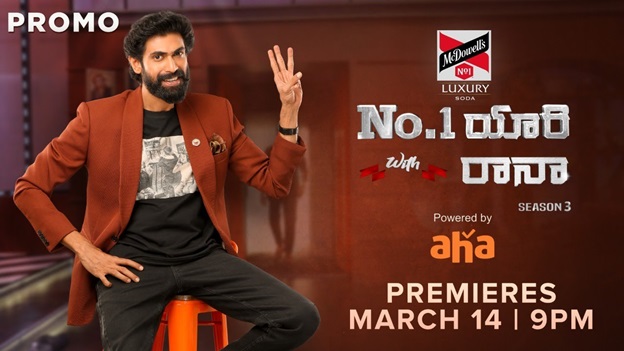 The Web series seems to be taking the place of movies and television these days. Web series are becoming prominent among the new generation. These days people, especially the new generation, do not like to binge-watch daily soap dramas and dramatic situations. That is why TV shows are being replaced by the Internet web series, gaining popularity in India.Although the covid-19 pandemic has caused extensive damage to movie theatres, OTT platforms have proven to be a blessing to both actors and audiences. Digital integration around the world has changed the way media is used. The increase in the number of internet connections, better networks, new technologies, and the availability of smart devices have led to the growth of new OTT media that provide services directly to online viewers. There are several OTT platforms where one can watch Indian webseries online. Out of all the OTT streaming services in India, Aha got launched in 2020. This platform features Telugu content exclusively.

The most iconic Telugu talk-show :

No.1 Yaari is back with its new season, season 3 comprising eight episodes. The popular talk show was released on March 14, 2021. Actor Rana Daggubati is ready to take control of the new season after hosting two successful seasons of his talk show No.1 Yaari. The third season of Rana Daggubati’s popular talk show ‘No.1 Yaari’ is currently being broadcast on Aha. In episode 1 of season 3 of No.1 Yaari, the leading characters of JathiRatnalu turn on the couch. And other Tollywood stars took part in the show. Also, celebrities such as Nagarjuna, RakulPreet Singh, Tharun Bhasker, Vishwak Sen, Lakshmi Manchu, VaishnavTej, Victory Venkatesh, Tamannaah, Chiranjeevi, Ram Charan are featured in the later episodes of the program. While hearty talks and happy smiles essentially ruled the show, the vulnerable side of the guests melted the audience’s hearts. The talk show is streaming exclusively on Aha.

You can watch the No.1 Yaari season 3 series on Aha and enjoy one of the popular talk shows. Aha is now the most searched OTT platform for Telugu movies with over 5M+ downloads. Aha has an extensive collection of Telugu movies to end your boredom. Watch the latest Telugu movies by subscribing to AHA. To avoid any disruption, subscribe to Aha Application today and catch the latest Telugu movies online, with a lot more, including original web series. Aha contains several original series and the latest movies for you to binge-watch. You can check out all the content in Aha at a very minimalistic price of Rs. 149 for three months and Rs. 399 for the annual plan. You can grab all the monthly originals and binge-watch all the ad-free content on multiple devices in Aha. Hence you can go and binge-watch the No.1 Yaari season 3 series without any further delay.