TVS Jupiter – The best scooter in terms of quality 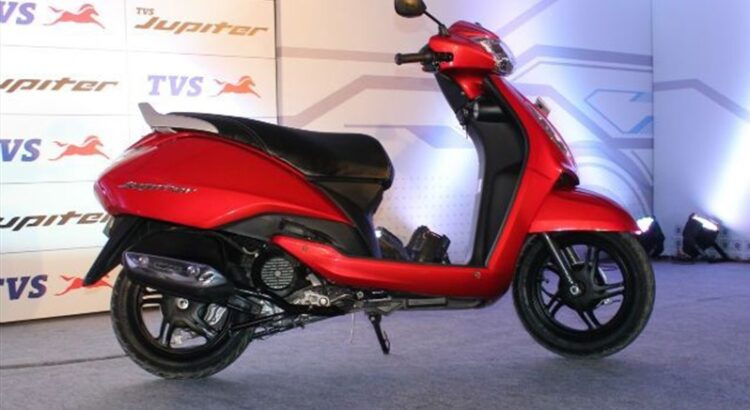 TVS Bikes is no new name in the two-wheeler industry. It is based down South and has a massive portfolio of scooters and bikes sold in our market that are aimed at various customers across segments. The brand’s automatic scooter range includes the Scooty Pep+, Zest and Wego. However, this is a category that doesn’t impress in terms of sales, which is why a lot of scooter makers are fighting to keep the boat afloat. And with Honda’s Activa being the largest selling scooter in India, TVS wanted in on the action by bringing out the Jupiter – a direct rival to the Japanese product. When it was first launched in our market, back in 2013, it was looked at as a premium offering. However, it is an affordable and practical offering in the 110cc scooter segment, and over the years, customers have taken to it rather well, making it a hot seller for TVS. The new Jupiter gets some first-in-segment features and also comes with a frugal engine.

The design remains the same, but shows no sign of age, and looks quite modern and solid. The simplistic lines give it the appeal it needs. The updated model of the Jupiter comes with BS6 on the exhaust shield. Most of the body panels are made of metal, but we still think it should have been given some prominent updates. The scooter we’re talking about is the standard model that is positioned below the ZX and Classic variants. The Classic variant comes in a new blue shade, but the rest of the colours offered, remain the same. When looked at from the front, the apron sports clear-lens turn indicators and an air inlet located in the middle. The headlight is huge and is bordered by pilot lamps. The detailing is great and the analogue instrument cluster consists of a speedometer, low fuel warning and economy and power riding mode indicators. The switches have a good feel to them, and include a pass-light flasher. And the most convenient feature we like is the fuel-filler that’s placed at the rear, meaning you won’t have to flip the seat open, or more importantly, step off the scooter to fill up. Storage space beneath the seat is good, and there’s a main stand that’s easy to use. It also boasts of 3D logos, black five-spoke alloy wheels and an alloy grab-handle for the pillion. At the back, it gets a simple-looking tail light cluster and clear-lens indicators. Quality remains great, as always, and finish too, leaves nothing to complain about.

The TVS Jupiter is powered by a 109.7cc, four-stroke, single-cylinder, air-cooled engine that produces 7bhp and 8.4Nm of torque, paired to a CVT gearbox, and the motor isn’t carburetted anymore; instead, it gets a fuel-injection system. And with this updated engine, TVS bikes targets a better fuel economy figure. In the city, it manages to deliver about 50kpl, which isn’t, what we’d call, class-leading. The Jupiter can accelerate from 0-60kph in 10.24 seconds, which isn’t all that bad actually. And the scooter weighs in at 109kgs. The engine doesn’t feel ‘lazy’. Throttle response is great, and it tends to build pace quicker than its Japanese rival. Combustion has improved too, and the motor, we understand, has been tuned to regular commuting, with good power delivery on offer in the mid-range. Throttle response isn’t all that bad either, and thankfully, the engine is vibration-free, but isn’t as refined as an Activa. It can reach a top speed of close to 90kph, if pushed hard.

The scooter weighs 108kgs and gets a steel, underbone-type frame. Up-front, it features telescopic fork suspension, while the rear gets a gas-charged shock-absorber, making ride quality seem good enough. The seating position is very similar to that of the Activa: you sit upright, comfortably, and the wide seat of the Jupiter is softly padded, making it nice to sit on. At high speeds, the Jupiter stays glued to the ground with good stability as well and goes around corners pretty well. The tyres offer good grip, and are wrapped on to 12-inch alloy wheels. It also gets equipped with drum brakes at the front and rear that bite promptly. ET-Fi stands for Ecothrust Fuel Injection. The Jupiter Classic variant features a storage compartment in the front, a huge visor and a USB charger. It is also available in some new colours, like Autumn Brown, Sunlit Ivory and Indiblue. Also, grab the latest info on the upcoming scooters in India, only at autoX.